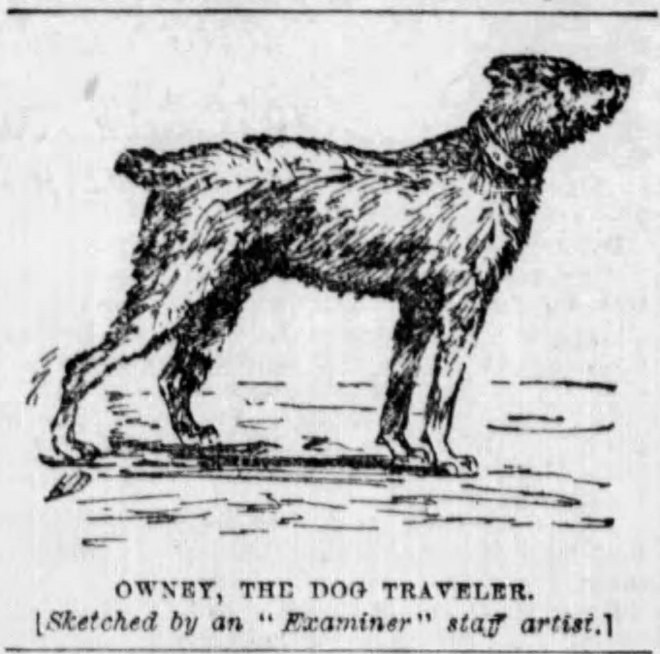 I wouldn’t claim to be a labor historian, but one of the more fascinating strains of my research has been how Railroad Jack and Owney were both used as symbols of political causes. Since today is Labor Day, I wanted to give you a brief look at how people discussed the dogs in the context of the Populist workers’ uprisings of the late 19th century.

Both Jack and Owney lived during the late 1880s and 1890s, the peak of this cultural upheaval. Their close association with railroad laborers placed them even more squarely in this change. As mutts of no discernable pedigree, people viewed them as the working class alternative to the fancy purebred show dogs of the rich.

The 1890 New York Central Railroad strike hit Railroad Jack’s home of Union Station in Albany hard. Many of his usual traveling routes were shut down. New workers were brought in to replace the strikers, filling the station with faces unfamiliar to Jack. Most noticeably, Jack’s primary caregiver, baggagemaster Matt McCarthy, was temporarily reassigned to another station.

Owney’s travels were also impacted by strikes and protests, most notably by Coxey’s Army’s march from Ohio to Washington, D.C. in 1894. The Wichita Daily Eagle even called Owney a “Coxeyite Dog,” showing how malleable the political symbolism of the dogs could be.

In the book, I plan to explore much more how the cultural and political firestorm into which Jack and Owney were both born allowed them to transcend the normal boundaries of dogdom and become Populist folk heroes.

One thought on “Dogs of Labor”