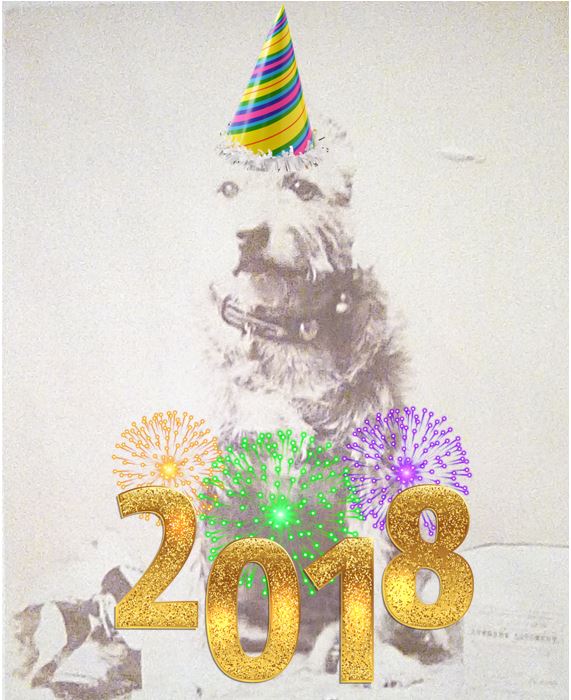 I’m not usually one for New Year’s resolutions. I am, however, one for setting hyper-ambitious professional goals. So why not combine the two this year? Of course, my main goal is to find out what happened to Railroad Jack. Where, oh where is that little dog? But since that is a pretty giant, and potentially unobtainable goal, I’ve broken it down into some smaller, more manageable chunks.

In addition to these, I have some general writing goals: get a proposal together for publishers/agents; figure out the narrative arc of the story; extensively read other non-fiction, particular books with non-traditional structures/approaches (I’ll gladly take recommendations).

Here’s to a productive 2018. Who else has some research resolutions?